Vegan Margarine is a good alternative to butter! You can use it to replace butter in many different recipes. It’s available in most of major supermarkets and online stores these days and usually inexpensive. I often use Vitalite vegan margarine as I like the buttery smell and flavour but there are other ones such as ‘PURE’ spread and supermarket brand dairy free spread.

Nutritional yeast adds cheesy flavour to your vegan cooking. It’s really useful for vegan macaroni cheese, carbonara and quiche and so on. I buy this for about £3.50 (125g) from a local store and the whole tab lasts for a couple of month as I only use a few table spoonful for my cooking at a time. If you are vegan but love cheesy flavour, you might not want to miss this!

Flaxseed (Linseed) is not only beneficial to your health but it’s one of the egg substitutes for vegan cooking. Click here for the step by step instructions for how to make an egg substitute. There are expensive ones and cheaper ones out there. I always get mine from Aldi supermarket for £1.49 and it works great!

Creamed coconut is available in many stores and it’s usually cheap. It comes in a hard block, which can be grated and chopped to add to your cooking. It’s great for curry, soup, cakes and many more! I use it to replace coconut milk as I dislike having leftover of the coconut milk. With this, you can chop the amount that you need to use and keep the remaining block in the fridge. It lasts for months! Check out my coconut fudge recipe to see how this can turn into healthy, delicious dessert 🙂

I love soya mince! You can replace mince meat with this nutritious ingredient for many different recipes. I cook pasta dish, vegan balls, pasties, shepherd’s pie and many more with this. It’s available in many shops and online stores. I get a packet of dry soya mince from a local Indian food store for £1.20. You can also buy rehydrated soya mince.

Cornmeal is made from dried, ground corn kernels so it’s nutritious and flavourful! It’s used for a variety of recipes such as cornbread, flatbread, pancakes, cookies and cakes. You can find it in supermarkets or small grocery shops and they are pretty cheap. There’s fine cornmeal and coarse one. Check your recipe to make sure which one to get before buying one! I often enjoy making cornbread with fine cornmeal.

Rice flour is one of the great ingredients for gluten free recipes. I’m not a master of gluten free recipes but I’ve recently started using rice flour often to reduce the amount of gluten in my cooking for health reasons. It’s not only gluten free but it gives cookies and fritters an extra crispiness too! You would be surprised to see how much difference in texture it makes if you give it a try. If your recipe calls 1 cup plain flour (125g), try make it 100g plain flour and 25g rice flour.

Soya chunks are one of the meat substitutes for vegan and vegetarian diet. It’s made of soya proteins and the texture has a texture that is similar to chicken. You can replace meat with this healthy chunks for many different recipes. I use this for curry, soup and stir fry veggies. You could cook them like deep fried chicken as well. Soya chunks are available in some supermarkets, Asian food shops, Holland and Barrett but it would be good to look at online stores as well. I buy mine for £0.99 from a local Indian shop.

Gram flour is loaded with multiple nutrients and sometimes called Besan flour or Chickpea. It’s a well known ingredient for Indian, Southeast Asian and African cooking. I find gram flour is quite versatile for cooking as I have used it for many different recipes such as vegan pakora, vegan sausage, gluten free chocolate chip cookies, gluten free chickpea flour bread. My favourite recipe is the chocolate chip cookies as they don’t taste of gram flour at all but always come out light and delicious!

Kasuri Methi is sun-dried fenugreek leaves that adds an appetising aroma to curry. When I first tried this ingredient, I was very surprised at how much difference it makes to my curry cooking, which came out super tasty! You can find Kasuri Methi in some major supermarkets or Indian shops. Or try online stores such as Amazon Grocery store!

Nori is one of the essential ingredients to have for cooking Japanese food. It’s also used for some Chinese or Korean dishes. The aroma and taste of the sea adds really yummy flavour to your cooking. It’s usually available in major supermarkets, Asian and Japanese food shops as well as online stores. Check out vegan sushi recipe!!

Dry shitake and kombu work incredibly well as substitutes for fish stock. Japanese cooking often uses fish stock to create Umami in the soup and sauce. These guys are super ingredients for vegans to cook delicious Japanese food with. Try them out, you will be surprised at how much flavour you get from these!!

Wakame seaweed is another ingredient that is often used for Japanese cooking. It’s highly nutritious that can add a range of vitamins and minerals. It can be eaten raw in salad or cooked in soup, stir fry vegetables or mixed in rice! It’s available in many shops and online stores.

Hi, I’m Yuko, the creator of Cook Us Vegan from London. Thank you for visiting my blog! The recipes in this blog are all vegan and easy to cook with simple and inexpensive ingredients. I hope you will find a recipe that you would like to try! 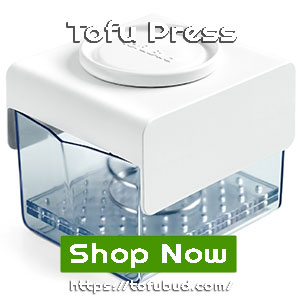 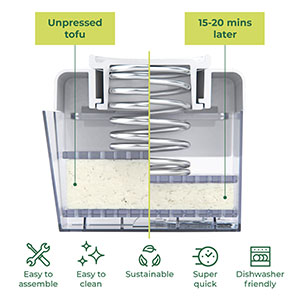 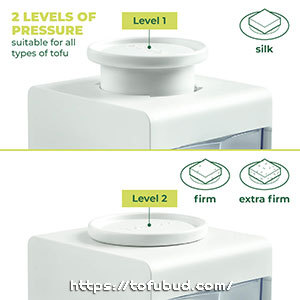 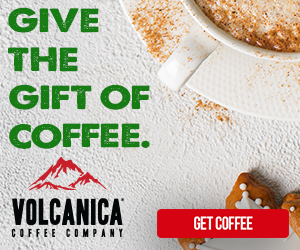